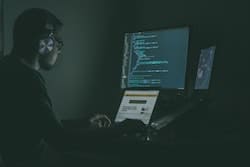 The Great Hack, a documentary exploring the Facebook / Cambridge Analytica scandal and how it lifts the mask on the dark arts of personal data processing. The scandal has its roots in the start of this decade, when an apparently innocuous personality quiz appeared on Facebook in which millions of the social network’s account holders participated. Eventually impacting upon an estimated 87 million citizens, the app harvested users’ personal data, plus that of their Facebook friends, without participants’ knowledge and without subjects’ consent being given. To read more: Click here