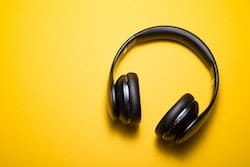 In April, PrivSec reported on how Amazon’s Alexa sends its recordings to human analysts for “review”, but now VRT NWS reveals that Google employs similar surveillance tactics. The news website says the search engine giant employs workers to listen to and transcribe Google Assistant users’ voice commands. Speaking to Business Insider, a Google spokesperson said that its staff eavesdrop on “a small set of queries”, which represents around 0.2% of audio footage. The work is carried out to “improve services” and develop technology critical to the development of the Google Assistant mechanism. To read more: Click here