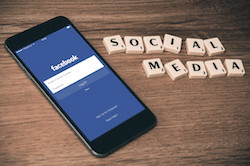 Italy’s privacy regulator fined Facebook €1 million Friday for violations connected to the Cambridge Analytica scandal — the largest fine against the social networking giant connected to that case. The agency said 57 Italians had downloaded a personality test app called ThisIsYourDigitalLife, which was used to collect Facebook information on both themselves and their Facebook friends. The app was then used to provide data to Cambridge Analytica, a data analytics firm, which used some of the digital information to target voters during the 2016 U.S. presidential election. To read more: Click here